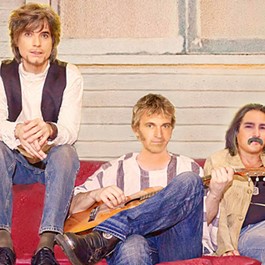 CSN Express takes the audience on a musical journey that follows a career of over five decades.

THIS EVENT HAS BEEN CANCELLED. REFUNDS MAY BE OBTAINED THROUGH ORIGINAL POINT OF PURCHASE.

As most true fans of Crosby, Stills & Nash know, they were the bi-product of three legendary rock bands of the 60s, The Hollies, The Byrds & Buffalo Springfield.

You will see and hear the different phases they went through, from their debut at the 1969 Woodstock Festival, to their collaboration with Neil Young and on to their induction into the Rock & Roll Hall of Fame. This show captures the true music and intricate vocal harmonies of Crosby, Stills & Nash under the direction of Bill DeLoach who has worked with Frankie Valli & The Four Seasons, Danny Gans and many other name acts.

With clever dialogue, and well put together medleys, this show delivers plenty of powerful music moments that always brings the audience to their feet clapping and singing along to their favorite songs.