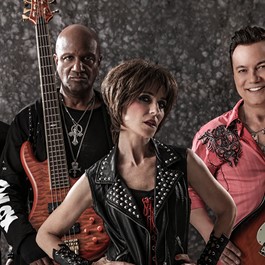 you better run to Get all fired up!

The Pat Benatar Experience will be doing a Holiday Show in the Showroom at Casino Arizona on December 16-17 doing their full Pat Benatar Show followed by the band performing an Encore of Christmas Songs with a Costume Change consisting of a Sexy Santa Outfit for the Singer and Santa Hats for the band!